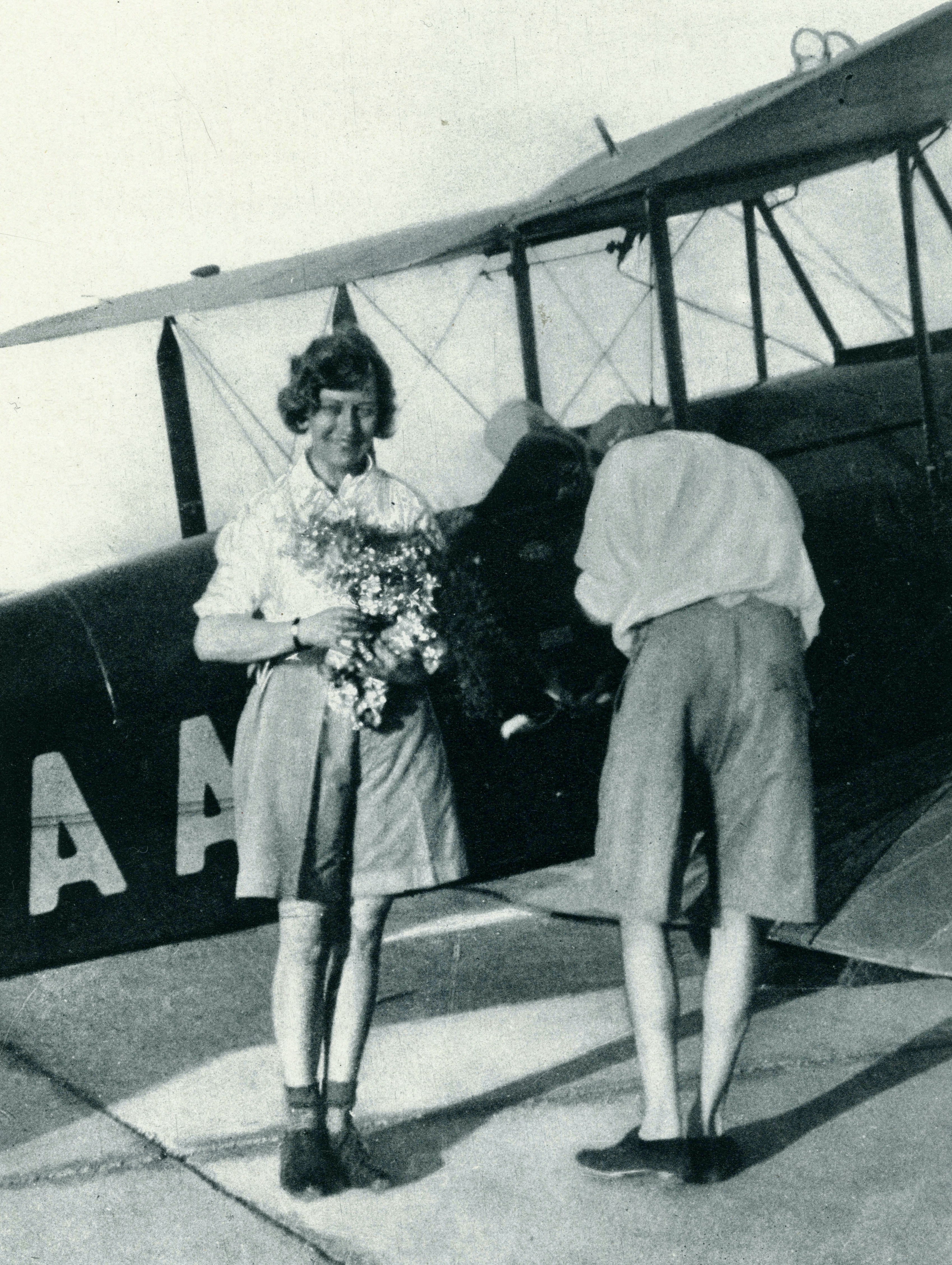 I rose at 4am today. I continue to believe that I will set a new world record for this solo flight to Australia. I remain ahead of Hinkler. It is clear that news of my audacious mission is spreading, if the welcome I received here at Drigh Road in Karachi is any marker. There were crowds of people waiting for me and they could not have cared less that I have taken to travelling in oversized khaki shorts and a patched shirt. They thrust bouquets of flowers into my hands and hung garlands around my neck. Such a welcome, they look at me as if I am the brightest of stars.

Yet doubts remain in my mind about whether good luck and fortune will continue to favour me. As I sit here, my shoulders and back aching from ten hours in that wretched cockpit, I am saddened by the fact that I have just broken the chain on the ‘lucky’ brooch my mother handed to me before this journey began. This has dampened my spirits beyond reason.

I spend all my time in that cockpit. It is a confined space and I have become something of a prisoner to it. I am finding the journey demanding and exhausting, both physically and mentally. It is a challenge to remain interested, however magical my surroundings, however much the world beyond the cockpit attempts to seduce me and capture my gaze. I am far from travelling in style.

Today, Jason and I departed Bandar Abbas along the coast of the Persian Gulf. North of Jask, which has a hideous appearance. I was so unbelievably bored I swooped down to take a closer look at the beautiful sea but was overcome by the stench of decaying spawn that blew our way. Jason came close to stalling on this leg of the journey due to my desire to take in my surroundings. From this day forward I shall fly using instruments. Jason continues to splutter along. His coughing and ill-health was a real worry as we flew across Baluchistan, where any engine failures would have resulted in us crashing down and being snared by those fang-like rock formations below.

I have refused a dinner party this evening. For one thing, I have a shortage of fine clothes. For another, I am fatigued beyond belief. I have left mechanics overhauling Jason’s engine and have asked them to locate and provide me with tools to replace those that I have lost on the journey so far. I am dining alone, here at Government House. I am thinking of Hinkler, who was two days behind where I am right now, and looking at this broken chain, pondering if it holds any clues as to what the future might have in store for me.

Watch Flying Through These Streets

Flying Through These Streets is a film by Dave Lee, with words by Dave Windass and the voice of Amy Johnson by Sarah Naughton, created for the Amy Johnson Festival in 2016.