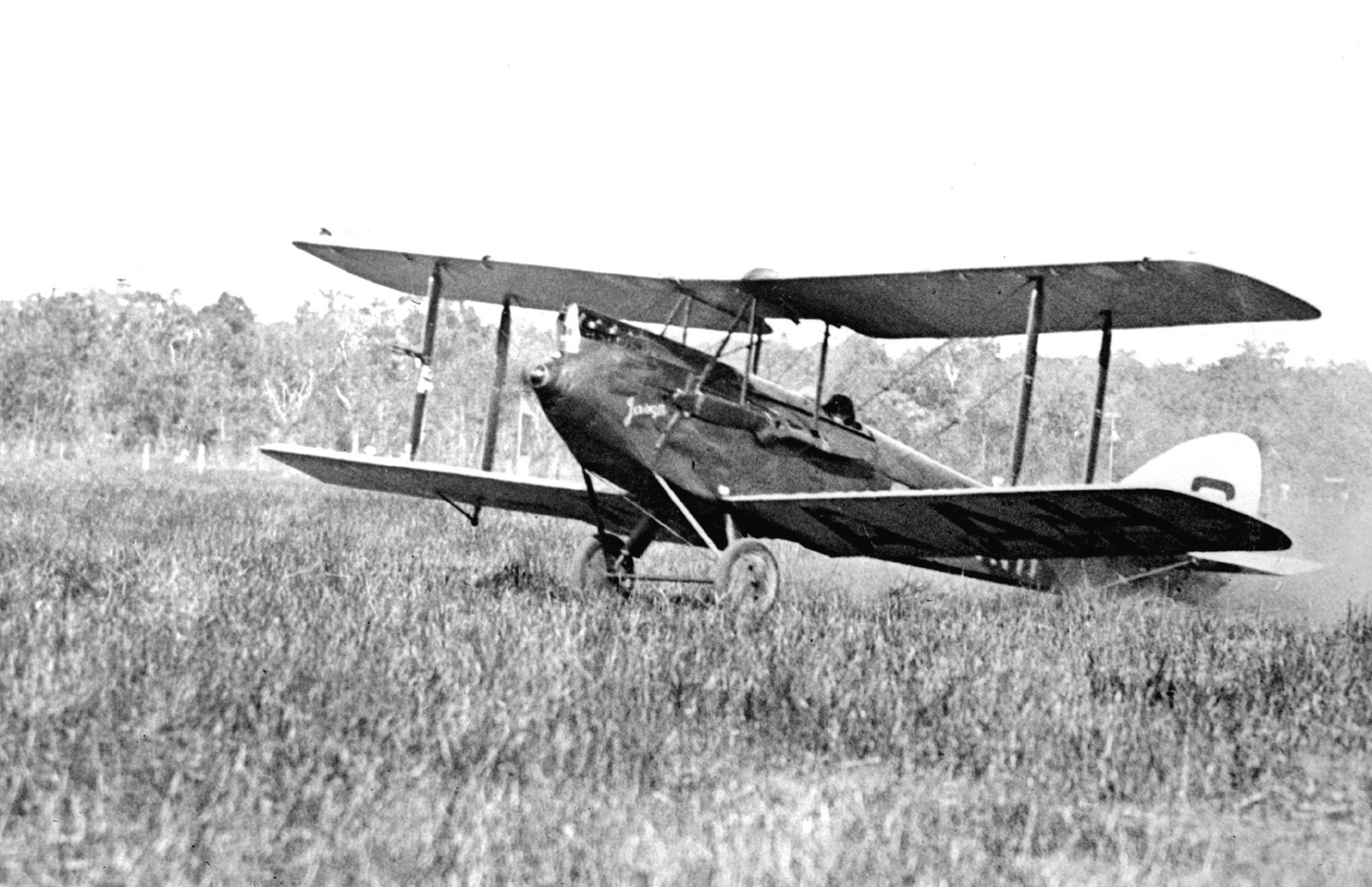 We are here! We have made it! We have flown from England to Australia. Jason and I have triumphed! And on Empire Day, of all days.

Despite my fears it was, perhaps, the simplest of journeys across that long stretch of water. The weather ahead was an unknown but I had been informed that an oil tanker had very kindly been provided by the good people of Shell to stand guard halfway across the Timor Sea. So we left Timor in high spirits and, with Jason’s engine overhauled and ready, felt nothing but optimism.

The sea below was calm but there were black clouds on the horizon, so I adjusted our flight path accordingly to avoid that gloom. Jason did splutter but I rightly assumed this was down to some dirt irritating his carburettor so I opened up to rid him of it, which worked a treat and after that there was nothing to do but…fly.

There really was nothing to worry about save for boredom and maintaining my concentration. Time was moving slowly, so I started to sing to occupy myself although Jason’s engine did its best to cover up any imperfections in my voice.

I flew over the tanker three hours into the flight and swooped down to take in its name – the Phorus. The crewmen on board cheered and waved me on. I threw them some cake, so impressed was I at their good old British cheers.

I saw Melville Island, a small dot at first, growing larger. I threw my notes out of the cockpit – I simply had no need for them at this late stage! I egged on Jason by slapping the side of his fuselage. I stood up and cheered myself. I threw overboard my pneumatic pillow, which I carried in case I crashed into the sea. I cried and laughed alternately until I picked up the Point Charles Lighthouse and turned towards Port Darwin.

I was so thrilled that we were almost at Port Darwin but I needed to calm myself – it is difficult to find, after all. We arrived at Fanny Bay and, from overhead, picked out the landing spot amid the sea of faces looking skywards in our direction. And then… and then I cried… tears of joy, of excitement, of every possible emotion. Jason bounced us back to earth.

I cast aside my goggles and jumped from Jason, in Australia at last. “Get back, get back,” a policeman shouted to the crowds who wished to celebrate with me. Yet who could blame them? There is much cause to celebrate, this woman has flown from England to Australia and arrived in one piece!

And now, I am heading to dance the night away! We did it, Jason and I, we did it.

This short monologue was originally commissioned to mark the 75th Anniversary of Amy’s death on 5 January 1941, and was performed by Rachel Harris next to her statue on Prospect Street, Hull. Now, after reliving all twenty days of Amy’s flight to Australia in her daily podcasts, Rachel has brought Amy back to life to tell more of her remarkable life story. The script is by Hull writer, Dave Windass.