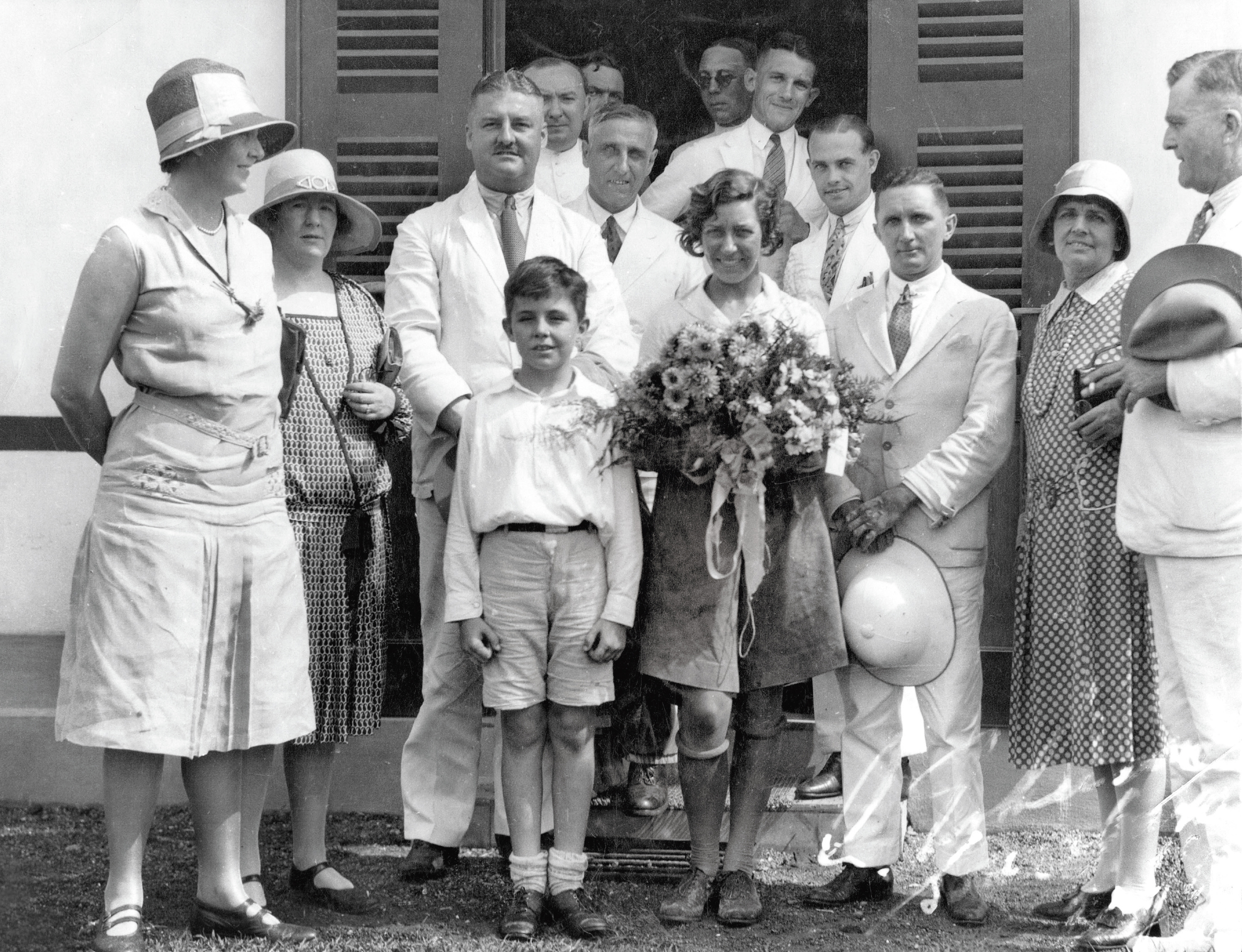 After yesterday’s trauma it was welcome relief to be guided to Surabaya by a pilot from the Dutch air mail service and for the responsibility of routes and navigation to be handed over to someone else as I flew behind his mighty Fokker.

The day started with a journey to collect my luggage, which had been sent onwards last night, then refuelling at Semarang, which is where I met the man who would lead me onwards through the air. It was pleasurable not to feel as if I am the only pilot in the air in this part of the world, even though I am, for my part, a lone girl flyer.

The welcome at Surabaya was quite remarkable. There were loud cheers, followed by gifts of flowers and then lunch at the British Consul. Flowers are one thing but propellers are another and I was delighted to be handed a new propeller by a local Gipsy Moth owner that is much more suited to flying in this tropical climate and will replace the spare propeller Jason I attached, which just doesn’t cut the mustard.

I cannot stop thinking about my inability to beat Hinkler’s record, although cables from home tell me that not one other person on Earth cares about this matter. My parents continue to stress the importance of safety over speed, telling me not to attempt sea passage unless I am tip-top and Jason’s engine thoroughly dependable. There is no hurry, they say, it is better to be careful.

For as long as Jason and I are able we will push onwards with all that remains of our strength. Father also tells me that my story continues to be big news and that a tour of America when all this is over will be a very good move indeed. Right now, I am too exhausted to even contemplate such a thing and still have to get to Australia. I still cannot think that anyone at home in England is in the least bit interested. My parents’ love will go some way but it is Jason and I that will need to go the distance and remain enthusiastic in the hours that we have left in each other’s company on this journey.

Watch My Spirit Found Outlet In the Air

Five young women from Bridges Hull, a project that supports young people and families living in North Bransholme, take to the air with Hull Aero Club to experience the pioneering spirit of Amy Johnson. In the film, the girls experience their first flight in a Cessna light aircraft alongside Amy Johnson, who appears in archive footage encouraging the young people of England to take to the air and keep the romance and adventure of aviation alive. Documentary by filmmaker Ruth Carslaw, commissioned by the Amy Johnson Festival, 2016.