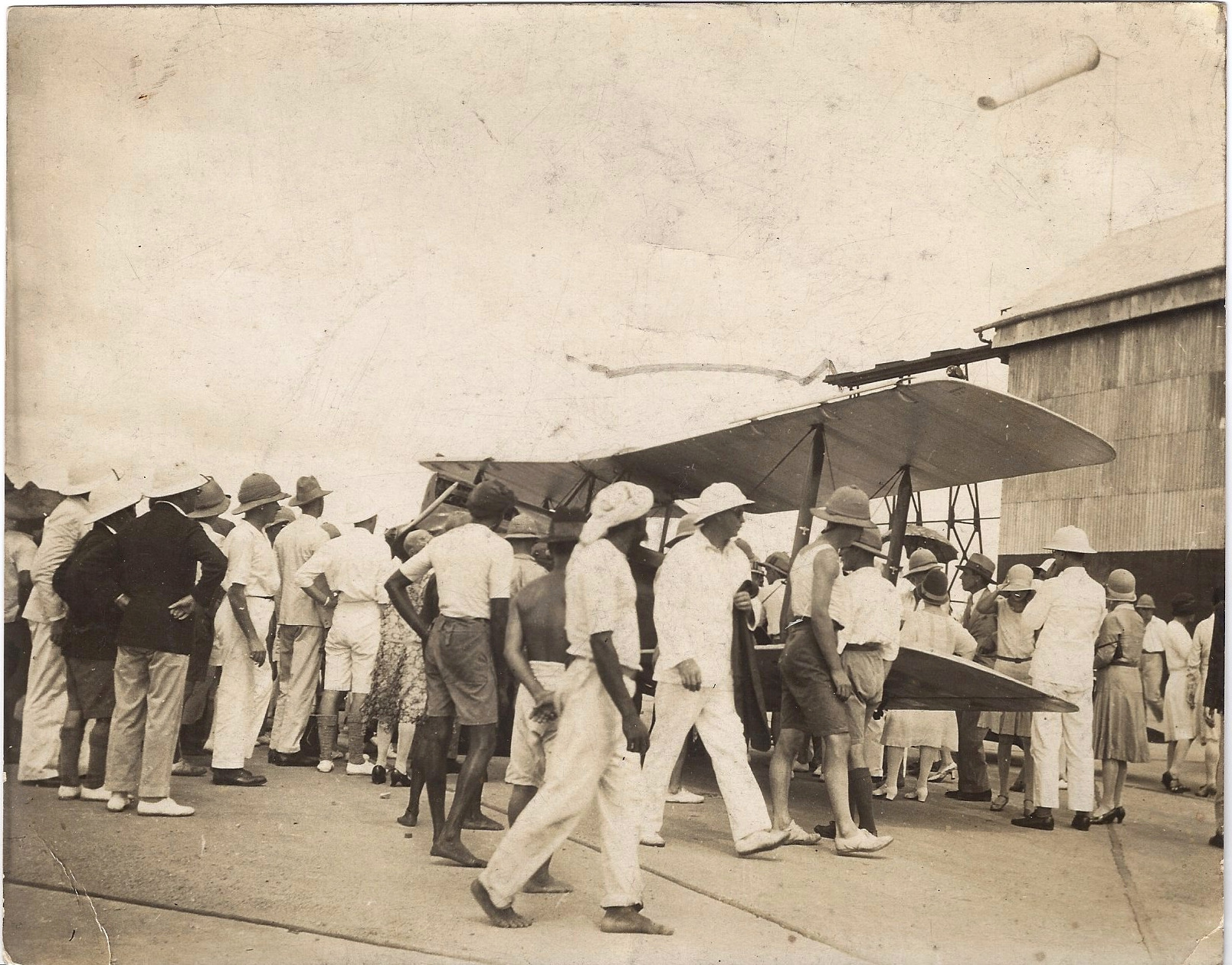 14 days in and I simply cannot wait to arrive in Australia in order to get a good night’s sleep. However, a late and somewhat sad reminder from father by way of cable that in order to beat Bert Hinkler’s record I must simply arrive at Darwin on Tuesday ahead of 6.50pm. “Don’t overdo yourself, be careful,” he adds. I am considering this advice, and how impossible it has been to follow such sage words, at the end of another busy day heading in the right direction, if not with the haste I anticipated. The record is out of reach but father was not to know that at the time of writing.

The crowds that gathered following our arrival in Singora last night returned this morning to experience our departure and cheer us on our way. Having encountered the sand on landing yesterday I thought it wise that we take-off from the road. Yet I did not anticipate that the road would be lined eight deep by our well-wishers, which made the whole affair a very dangerous proposition indeed. Any swerve or misjudgement and I would plough straight into them and I am not sure that they were aware of the danger that they were in. Judging by the smiles on their faces this was a perfectly normal way in which to see off an aeroplane.

I had to frantically wave them out of the way so they would afford me the space required along the road and I would still have to steer a tight course. I also had to consider that Jason had to clear a row of tall trees and some houses even if we did get up to the required speed and not take anyone’s head clean off before returning to the air.

Thankfully, all went smoothly despite my anxiety. I did get an eyeful of petrol, yet those on the ground waving didn’t want to see me sobbing, so I simply turned around and waved back at them.

Avoiding the Malay Peninsula – two weeks of solid rain put me off that course – we landed at Seletar Aerodrome in Singapore today. Again, another overwhelming welcome. Seaplanes from the local flying club flew out to meet us while those on the ground dressed in their finery to see a perfect landing from Jason and I. I was not as classily dressed as those that had come out to see us in their Sunday best but, whatever they thought of my mix of women and men’s garb they must have liked what they saw, as they applauded us wildly. The women in attendance followed those at previous destinations by reaching out to touch me and hold my hands.

I have been provided with the loan of a new wing and a new air-speed indicator. Quite a day and I will certainly aim to follow the safety advice my father has so lovingly and clearly outlined.

Queen of Air is a film poem for Amy Johnson. Poem by Joe Kriss, film by Annie Watson, camera by Nathan Gibson, projection by Steve Pool (The Collaborators). Commissioned by the Amy Johnson Festival. Funded by James Reckitt Library Trust. Shot in Zebedee’s Yard, The Deep and The Boulevard Community Centre, Hull.