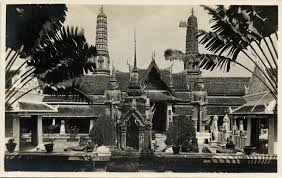 Such a day! We returned to the air, where we belong, my Jason and I. I will not keep it from you, diary, I have been left exhausted by today’s efforts and have a blinding headache. I will expand this story to explain why.

I had misgivings about Jason’s repaired wing when I rejoined him at the racecourse. His wing, repaired as it is, has, at best, been botched together. As good a job as could be done under these unusual circumstances but it does instil trepidation in an aviator to know that what is holding a wing together is very little indeed. I took Jason up for a test flight and all felt well, so there was to be no delay, despite the beastly weather that had descended.

My parachute more firmly fastened than I ever remember before, and Mr Scott’s belt also holding me in place, we left the racecourse behind in blinding wind. It quickly felt that my eyes were stinging in a manner akin to someone attempting to tear them from their sockets.

More thick cloud of the type that we are now familiar with, if never used to, and yet more mountains to find a way through unscathed. The cloud was so thick that I could barely make anything out beneath us, and it took us a whole three hours to cross the mountains, although it should have only taken one sixth of that time. When we emerged from the cloud it was clear that we were more than a trifle off course.

I flew south, and finally spotted the canals that would guide us to the military aerodrome at Don Muang, 20 miles from Bangkok.

As we taxied as slow as a snail to the hangar, the loud clackety clack of Jason’s engine moving at such an unhurried place on the ground beneath damn near exploded my head. A brave face was required, then, in order to give the crowds of Siamese what they needed of me.

Again, I have refused dinner, and journeying into Bangkok for the night, in favour of rest and a meal. The Siamese refuelled Jason as I ate and again, putting Jason’s fate in the hands of others was a foolhardy mistake as they contaminated the fuel. They spoke no English so relaying my demand to drain and filter the fuel was an absolute but essential chore.

And back in this room, within the barracks, insects have opted to accompany me once more. The mosquito net was covered in all manner of unsightly bugs. I have taken my torch to them in order to put an end to them and my misery. I was happy to slaughter the beasts.