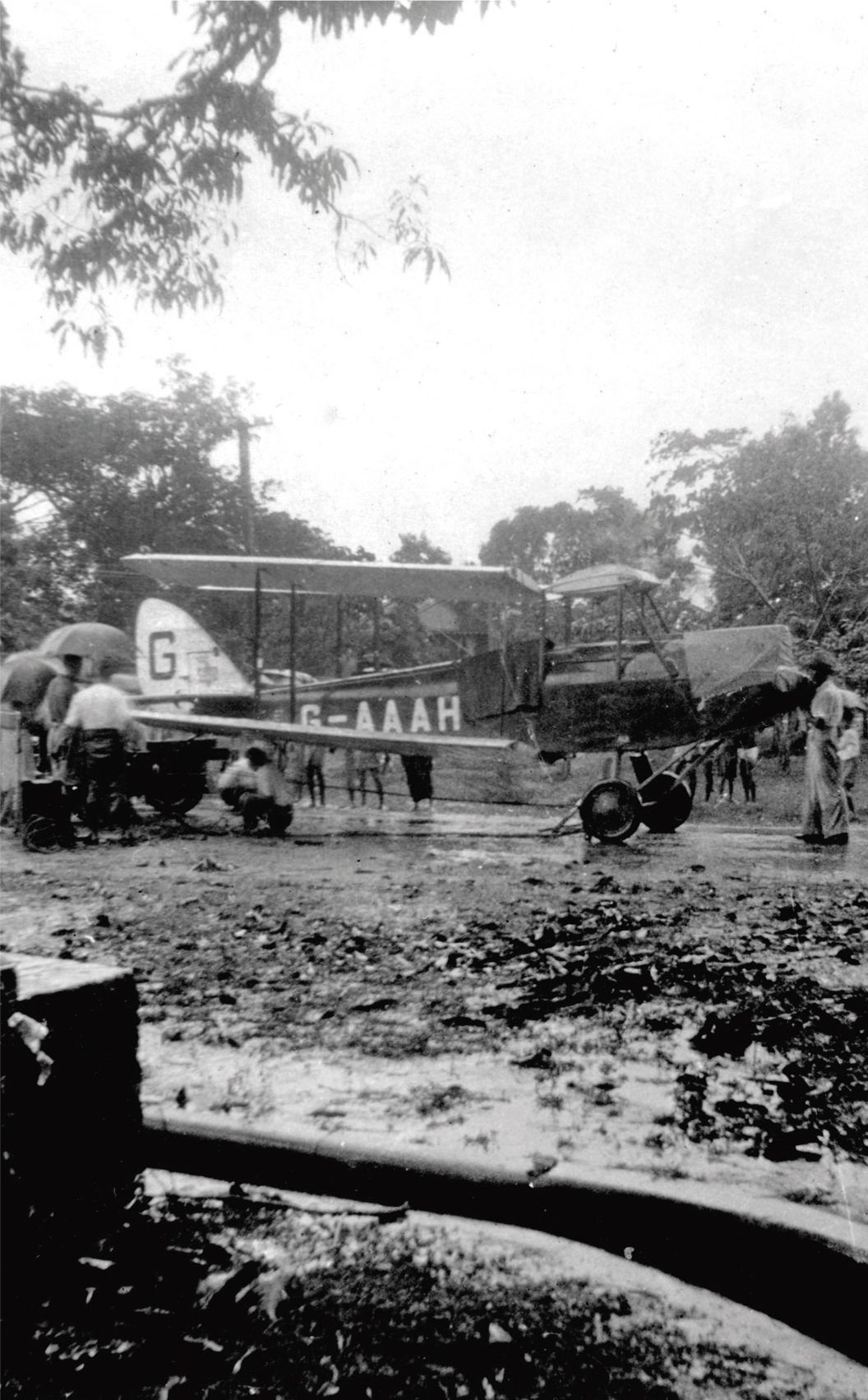 If one can take solace from the events of yesterday, and my initial sense of hopelessness, it is that the staff at the Government Technical Institute are qualified to carry out the repairs Jason requires. Thank heavens I landed at an engineering school and not a dancing academy. These people are a credit to the British Empire and embody all that is right in the world.

They have removed the damaged wing. What is beneath the fabric is shocking – the ribs are shattered. Fortunately, an Englishman who is a Forestry Inspector here is dealing with the splintered wood and sourcing replacement timber, as staff and students from the institute work away on the metal work. They are performing miracles, making new components and straightening out parts that have been bent out of shape. We need more fabric for the wing as my supplies were exhausted back in Jhansi. I did not expect damage of this nature, nor to damage Jason with such regularity.

For my part, I attached Jason’s spare propeller and cleaned the engine of the mud that had been lodged there by our little adventure in the ditch.

There remains much to leave me with a sense of dismay, despite the valiant efforts of my heroic repair team. Right now, however, I am extremely irritated, for I have come face-to-face with my sworn enemy – a swarm of flying ants. There has been a plague of the damn things, circling for an hour before their wings dropped off and they landed like a plague. Then, when they had expired, they were followed by flying beetles. Bugs, of all kinds, are everywhere. Including on my plate and in my food. I feel like they are in my hair, amongst my clothes, everywhere.

Still, I am thankful. The staff are doing their best to move these terrible irritants along but more importantly to my mind, if one is going to crash, crash where help is quickly at hand. Fate has simultaneously dealt me bad and good hands. Yet I still fear these repairs could take some time and that Hinkler’s record will remain his.

Experience The Wind and the Weather