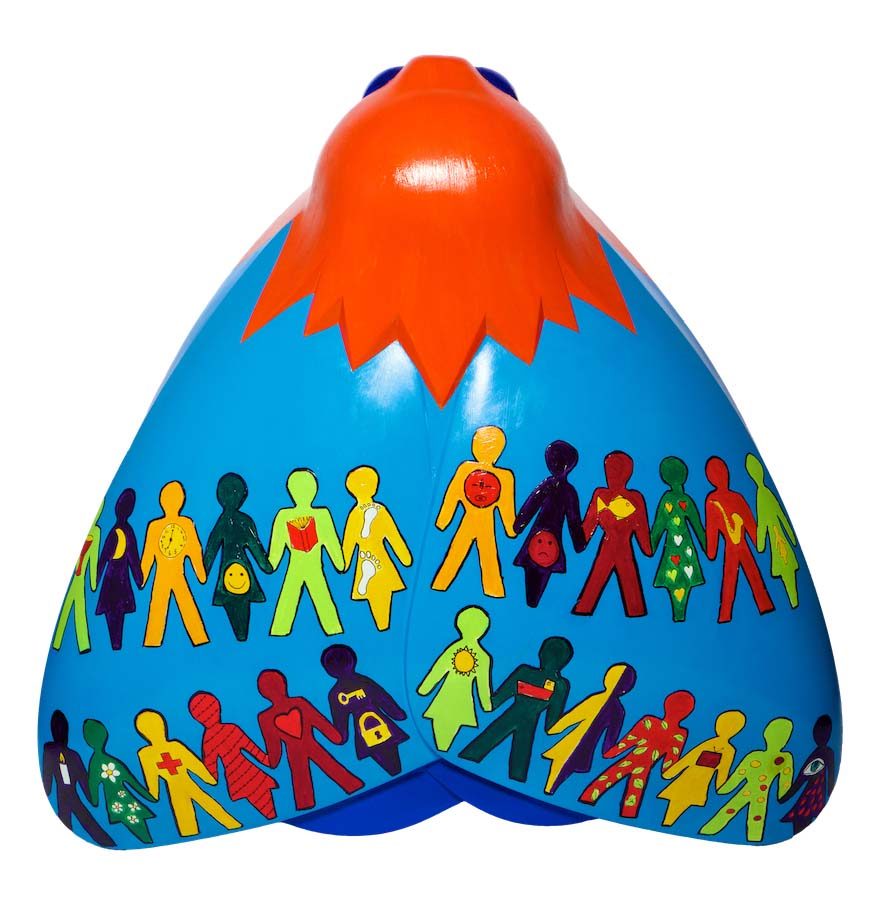 Design by: Quentin Budworth and the Open Doors Community

About the Design:
The design concept was developed through a period of consultation with the Open Doors Community during which the idea of linked hands emerged as a key motif. The group wanted to celebrate and show respect for differences in the community members.

The idea of sunshine, clear skies and freedom influenced the design, leading to the idea of the linked hands of paper chain people. Each paper chain person has their own symbol and colour, representing what Open Doors means to them. The clear blue skies can be seen symbolising freedom in the background, and the sunrise orange in the moth’s orange head symbolises eternally renewing hope.

About the Artists:
Quentin is a Bridlington based artist, primarily working with photography and music. He is interested in storytelling, perception and imagination, and seeing his work displayed in places where interesting things can happen. Jean is a member of the Open Doors community.

About the Sponsor:
The Open Doors project is a community led organisation which aims to help asylum seekers and refugees in Hull, by integrating them into local society to live independently and confidently. Its members contribute by becoming part of the project to help others as well as accessing its service and maintaining the Open Doors community approach.

The project works to provide resources and classes, as well as advice and support for migrant workers. The project hosts coffee mornings and helps to provide clothes and food for those in need.