15 – My Spirit Found Outlet in the Air 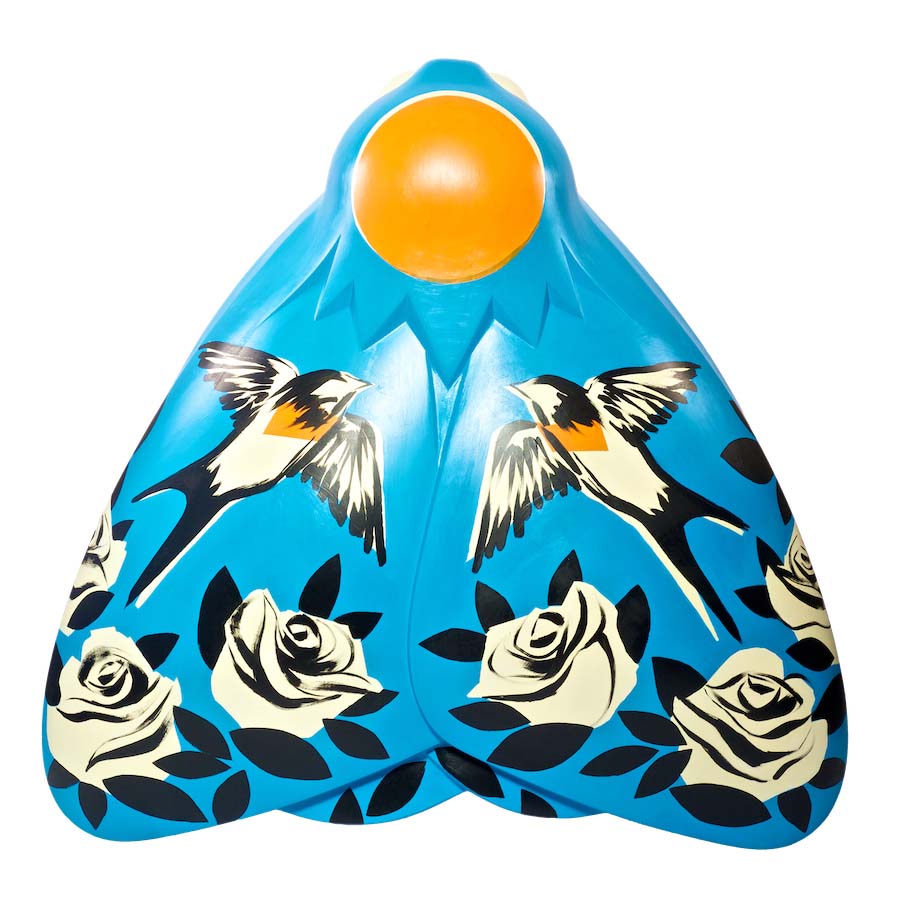 About the Design:
Inspired by 1930s print design, this moth aims to capture the strength, spirit and fearlessness of Amy Johnson as a female pioneer by using the symbol of a swallow. Though they are small and graceful, swallows are some of the UK’s most travelled migrating birds. The White Rose represents both a symbol widely associated with Johnson’s place of birth and a visual representation of beauty, strength and resilience occurring in nature. The title comes from a quote by Johnson; ‘Had I been a man I might have explored the poles or climbed Mount Everest, but as it was my spirit found outlet in the air…’

About the Artist: Kim Thompson is a freelance illustrator based in Manchester. With previous clients including Valentino Parfums, Jigsaw Menswear and BBC Radio 4 Online, Kim loves the challenges of new and diverse creative projects. As part of Liverpool Open Culture’s 2015 Snowflake Trail project last Christmas, Kim designed and decorated a giant fibreglass snowflake which was situated outside of Lime Street Station.

About the Sponsor:
Princes Quay shopping centre is one of Hull’s most popular shopping destinations. Having just celebrated its 25th anniversary, the centre has undergone major changes in recent years, offering a range of high street stores, restaurants, a cinema, bowling alley and laser quest. It regularly hosts community events, making it a hub for local activity.