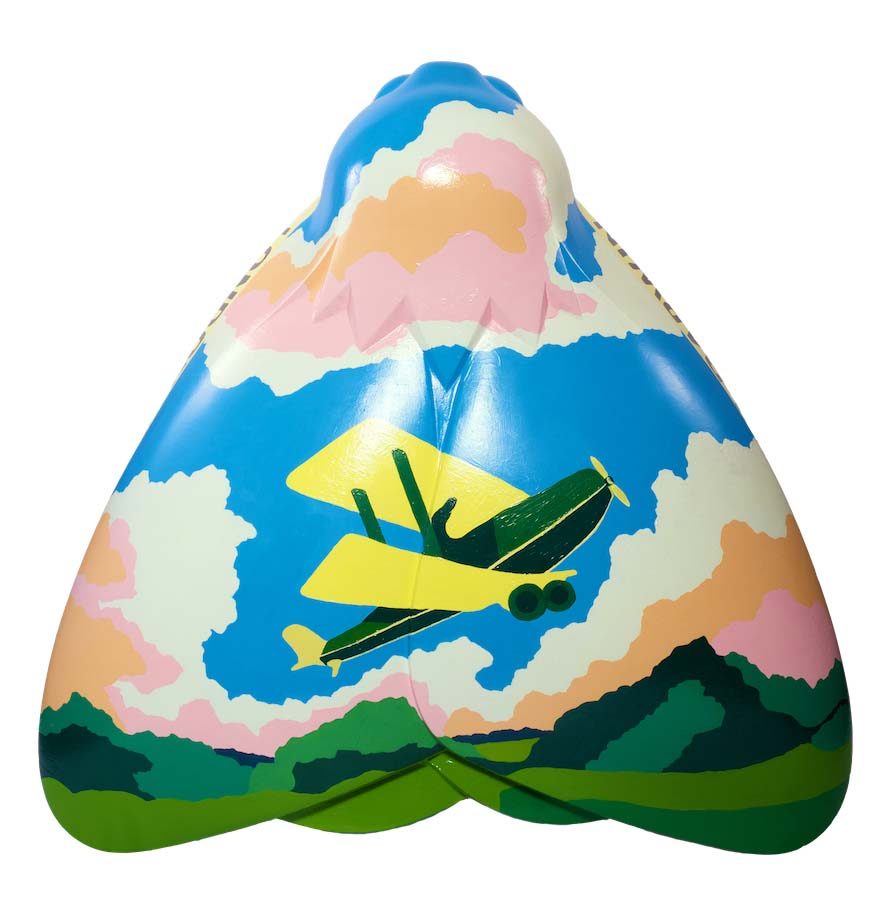 About the Design:
Aviation posters date to the mid-19th century, when promoters touted exhibitions of aeronautical feats by balloonists. Early in the 20th century, aviation posters heralded the introduction of new planes at air shows and exhibitions. By the 1930s, passenger routes across the world were being developed and promoted with increasingly sophisticated visual publicity to persuade the British public to be more ‘air minded’ in a turbulent period of political and social upheaval. This design was created in the style of these posters but based on the flight of Amy Johnson.

About the Artist:
Kathleen Smith is a metalworker who makes objects and jewellery. She produces work that has a message or social conscience, which interacts with the viewer. Kathleen wants her work to be seen within public spaces often by being worn, situated in the environment or hidden for the viewers to find. Industrial processes are often used such as powder coating, laser cutting, rapid prototyping and mobile devices to interact with her work.

About the Sponsor:
Riverside is a charitable housing organisation providing affordable housing, as well as support to vulnerable people. With its origins in Liverpool in the 1920s, it now provides housing and support services to almost 100,000 customers nationwide each year. Its aim is to revitalise neighbourhoods by investing in existing homes, building new ones and offering a range of services to improve the lives of the people who live there.